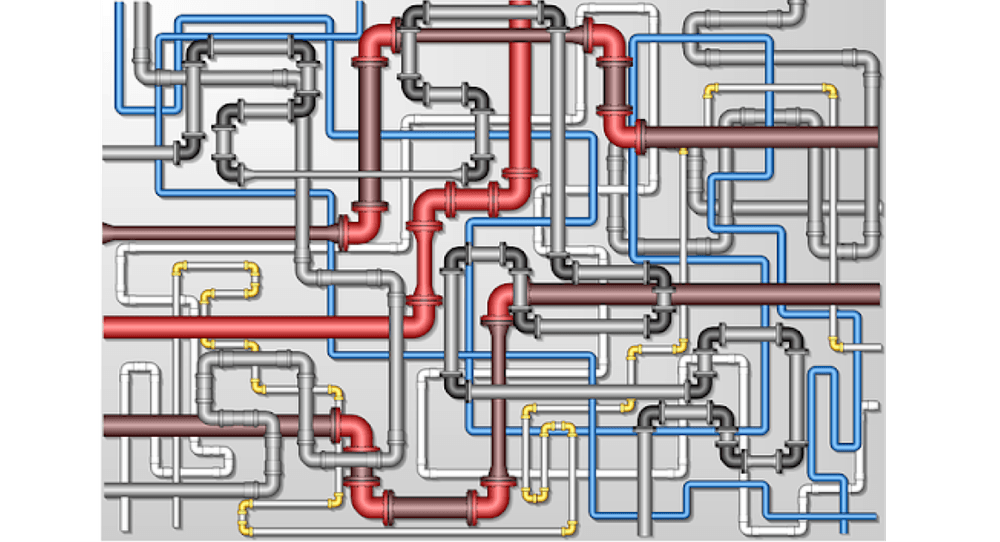 Imagine if you could deliver a pattern and process to an enterprise that enables the building and provisioning of a server or container using an efficient, secure, and compliant process. But wait ... we can do that already! Actually, as it turns out, that’s usually the easy part of the problem to solve.

The disconnect occurs largely because many enterprises move towards automated ways of provisioning their servers and systems but fail to realize that automation involves more than simply replacing their handcrafted infrastructure with CM tools that can configure an instance. They often treat new automated systems just like the physical systems they had before -- like antiques instead of pieces of IKEA furniture. They miss the changes that have to occur to increase efficiency in the system as a whole.

For example, InfoSec may have to run manual tests and manually apply updates to certify a system as compliant and secure before it can be used, resulting in long lead times to deliver a system for use by engineering or production support teams. Enterprises often fail to recognize the fundamental capabilities the automation offers in terms of improving efficiency and enabling engineering teams to deliver high-quality features to customers.

Here, I’ll dive into what we at Liatrio call Infrastructure Delivery Pipelines. In particular, I’ll discuss our opinion on how enterprise organizations should set up their delivery pipelines in order to improve the organization as a whole.

What Is an Infrastructure Delivery Pipeline?

In its simplest form, an infrastructure delivery pipeline is a set of Jenkins pipelines that break down the different components of the infrastructure that an application needs to run on. Each server is treated as an artifact with a set of specific tools running on it, just as applications and services are treated as artifacts. The overall pipeline is actually a collection of multiple pipelines that produce containers, VMs, AMIs, or other virtualized instances.

Business and Engineering Benefits of an Infrastructure Delivery Pipeline

Using pipelines to deliver infrastructure brings several benefits to both the enterprise and, more specifically, enterprise engineers. Pipelines provide an idempotent process to produce the instances needed to run the products they produce for consumers, as well as to run any applications or tools used to run the business day to day. Ultimately, using an infrastructure delivery pipeline provides more consistently configured instances that take less time to provision, reduces defects caused by systems having disparate configurations from development to production, and reduces the time to market for changes from engineering.

Ansible - Ansible is our CM tool of choice because of its flexibility to support both ephemeral and non-ephemeral hosts and its easy adoption by teams currently managing infrastructure.

Terraform - Terraform is our provisioning tool of choice because it allows us to build provisioning plans that can be migrated across both on-premise data centers and cloud providers.

Packer - Packer is our preferred packaging tool for VMs, AMIs, containers, and other instances.

VMware - Our initial work has involved automating pipelines to work with VMware, a common tool used by enterprise clients.

InSpec - InSpec is used for security validation and remediation of an instance.

Jenkins - Jenkins is the primary job runner for the pipeline and our recommended CI tool.

Three different pipelines form the Infrastructure Delivery Pipeline: a base image pipeline, a middleware pipeline, and an environment delivery pipeline. I’ll discuss these pipelines below.

The middleware image pipeline installs any necessary tools and libraries for specific application dependencies on the base image VM. An example would be installing Nginx on a server with some base configuration that is ready to receive a web application during provisioning. These pipelines should be run on a regular basis to ensure that teams always have access to the most up-to-date versions of their dependencies and services for their applications. The instances produced in this pipeline are provisioned in the environment delivery pipeline.

Now that you have idempotent base image pipelines and middleware image pipelines, you can create your larger environment provisioning pipeline. This pipeline is the one that most engineering teams will use on a day-to-day basis. In an environment delivery pipeline, you use a Terraform plan to provision all of the servers needed to create an environment, as well as connect to all other external shared resources that developers and testers can use for regular development and validation.

Engineers can request a server when they need it, making it a consumable service vs. opening tickets with the Operations group, which can take anywhere from days to months and result in a server that doesn’t necessarily match the server in production. The number of mismatches between production environments and lower environments should be reduced because the same configuration is being used.