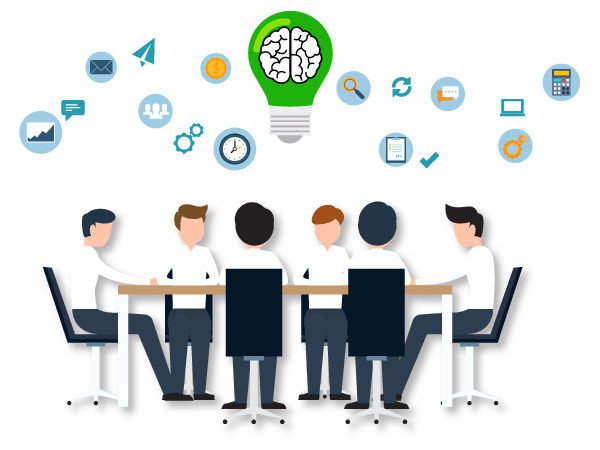 Let’s imagine a simple model when you have version 2.0.0 of your project released to the public and version 2.1.0 is currently under active development. The test suite lives in its own separate repo.

As the project evolves, DevOps collaboration is scarce, and it becomes difficult to tell which version of test suite should be used for which specific version of the project. (It’s common for large enterprises to develop multiple releases simultaneously and rely on project components developed by separate teams.)

Let’s take hybrid mobile app as an example. The test matrix would include mobile app version, web app version, mobile platform and device model, and environment setup (which is a beast by itself). As the mobile app changes, the web app changes. Some users use iOS devices; others use Android. Screen sizes vary. Environments can be loaded with various database versions, different legal and compliance materials, etc. You get the picture.

My previous project test team used branching strategy to address this issue. There were three environments: QA, STAGE, and PROD. The test suite repo had four branches: master, QA, stage, and prod. Current development for new tests and any refactoring was done on the master branch. Other three branches where design to carry test suite version that is appropriate for project version that is currently deployed to specific environment. As build is passing validation in each environment, test code would be merged to next higher environment branch.

This branching strategy was taking care of some of axes in the test matrix we’ve described earlier. Web app, DB, legal and compliance versioning were covered. Mobile platform, OS version and device permutations were handled in the code by introduction of if-else-case statements that would point to correct block of code. Not an ideal solution.

On our current project, a Maven project, we decided to merge test suite and project together. Codebase for both would live in the same repo and have the same version. If any project changes occur, version is bumped for both.

To accomplish the model described above, an extra <module> was added to root pom.xml to achieve aggregation. When Maven goal is invoked at the root level, it will be run against each individual module. Also each module’s pom.xml have <parent> section to reference root pom.xml as a parent pom. This means settings like <groupId>, <version>, <distributionManagement> and others are shared by the root pom with modules.

In our case, we wanted to accomplish two goals when changes occur to the project codebase:

To update version for root pom and all modules that are specified in the pom.xml, we need to use mvn version:set -DnewVersion=<new_version_here> goal at the root level.

One of the things our team have done to transform delivery process at the client location was to implement software delivery pipeline.

On Jenkins we would have build, deploy, smoke test, and regression test jobs. These jobs are chained and would trigger one another in order from left to right.

Build job would pull project repo from BitBucket and invoke mvn clean deploy on the root level. This would not only build the project but also run unit tests and deploy artifacts to Artifactory. After that it would run registerVersionWithUCD.groovy script that would instruct UrbanCode Deploy to create version under respective component and store URLs for the artifacts deployed to Artifactory.

For our use case, we wanted so that smoke test job would have workspace populated only with test suite related files.

To accomplish this, we’ve taken these actions:

Now it’s easy to tell which version of test suite we need to use for which version of project. As long as developers follow protocol and bump version using mvn version:set, it would propagate to the test suite pom.xml and will be identical to version in root pom.xml. Automation can help with this as well.

That’s good by itself, but the benefits of merging project and test suite in one repo didn’t stop there.

All of the sudden, new features were implemented with tests in mind, and testers were promoting quality right from the pull requests phase catching small and big problems early. During sprint planning meetings, developers started to ask questions like: “what do you need from me to enable you to create tests?” Furthermore, members of these teams started to hang out together and feel happier at workplace.