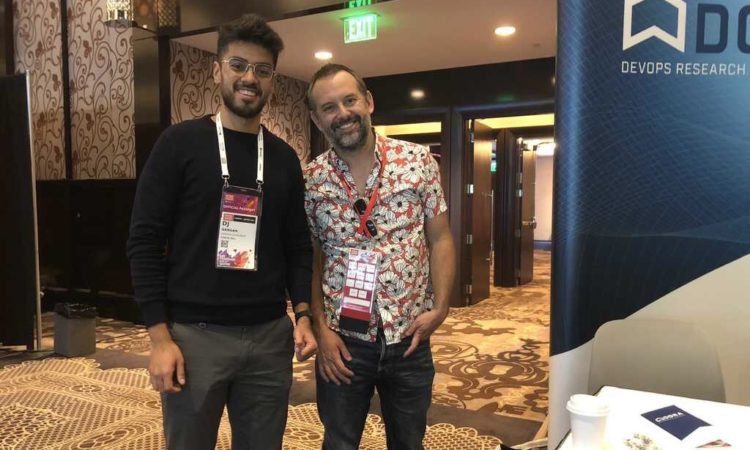 Liatrio is an Enterprise Delivery Acceleration consulting firm led by technology veterans who help enterprises transform into world-class technology delivery organizations. Not surprisingly, Liatrio takes hiring seriously. In fact, they have a multi-phase DevOps hiring and onboarding process, which is how they’ve hired some amazing talent. This hiring process includes conversations, hands-on exercises, and a panel demo, all of which are thoughtful and engaging. While this strategic process isn’t fast or simple, it is highly effective every step of the way.

A Mutual Fit Means Everything

The DevOps hiring and onboarding process began with conversations, all of them open, honest, and free-flowing. I talked to several team members about my skill set and what I hoped to achieve at Liatrio. What did I see as goals for myself, Liatrio, and the client? They really wanted to know my point of view.

Next, I transitioned to a hands-on technical exercise. I had about one week to finish the exercise, though in reality showing off my technical chops was less important than showing the team how I work, giving them a sense of my communication style, and showing them I’m not afraid to ask questions. Afterward, I led a panel demo, walking the team through the technical exercise to show my thinking and how I felt about the experience. We had a great open-ended discussion, and I learned a lot about how the Liatrio team thinks and communicates. They also learned a lot about me.

Not long after, Liatrio made me an offer. I thought we might be a great fit for each other, but I wasn’t quite ready to take on a full-time position. I was open and honest with Liatrio that I wasn’t prepared to join the team immediately, and they offered me an interim contract role.

From there, I started a month-long onboarding process. Our team is distributed across the country, but most onboarding occurred in person. During this time, I worked closely with the Client Consultant Lead, Chrys Sills, my Orientation Mentor, Bjorn Edwin, and my informal mentor, Eric Chapman. They helped me learn what it’s like to work at Liatrio and how best to support our clients. (They’re phenomenal!)

I learned about Liatrio, the client, and my role. I come from a strategy consulting background, and at first I was concerned that I might have too broad of a perspective. I have a lot of real-world experience, but did I have the right level of technical knowledge to fit in? I took in everything I could about Liatrio and DevOps while also keeping up with developments in the industry. I also read everything I could get my hands on (Project to Product is a favorite) and honed my technical skills.

Some other things I did in that first month:

What I Learned During the DevOps Hiring and Onboarding Process

During the hiring process, Liatrio vetted me, and I vetted them. Team members clearly communicated expectations and answered questions in an open, transparent way, which I appreciated. At all times I had the sense that Liatrio genuinely wanted me on their team.

The in-depth hiring process also modeled for me how the Liatrio team thinks. They quickly integrated me into their way of working, so I got a strong sense of what my new role would entail.

For me, flexibility is really important. Before joining Liatrio, I had been on a sabbatical after a burnout gig. At first I wasn’t sure I wanted to accept an offer of employment, so initially I started work on a contract basis.

Four months later, I transitioned to a full-time role at the company. I have two highlights I’d like to share. First, there was no real differentiation between contractor and employee. While working as a contractor, I was treated the same as if I were an employee. Second, I’m grateful that I was able to take a “try before you buy” approach. As with flexibility, long-term mutuality was also important.

Foundation for the Future

Starting with my initial interviews, I had extensive conversations with Liatrio team members about what I wanted to achieve both personally and professionally. We structured a plan that would enable me to help build a Dojo business offering. What became clear to me is that we both wanted to build a solid foundation for the future. From the start, I felt Liatrio was setting me up for success.

During onboarding, I got to know everyone on the Liatrio team and the client team. Without question, some of the perks of being at Liatrio include the hands-on opportunity to help design and build valuable product offerings like Dojo, opportunities to attend consulting off-sites and industry conferences, and the day-to-day experience of working with world-class talent.

Education, curiosity, clear communication, and a willingness to go the distance are all keys to success at Liatrio. Both Liatrio and I worked hard to ensure we were making the right decision. I’ve transitioned to an engaging, full-time role at an interesting, future-oriented company in an energetic, fast-paced industry. The DevOps hiring and onboarding experience has been enlightening and rewarding.

Liatrio wants to develop people, produce valuable work, and help enterprises accelerate delivery. The way I see it, we’re pioneers making a big impact on the enterprise workplace. Best of all, I’ve accomplished more in the past several months than I had in my past 7 years of employment at other organizations. It doesn’t get much better than that. 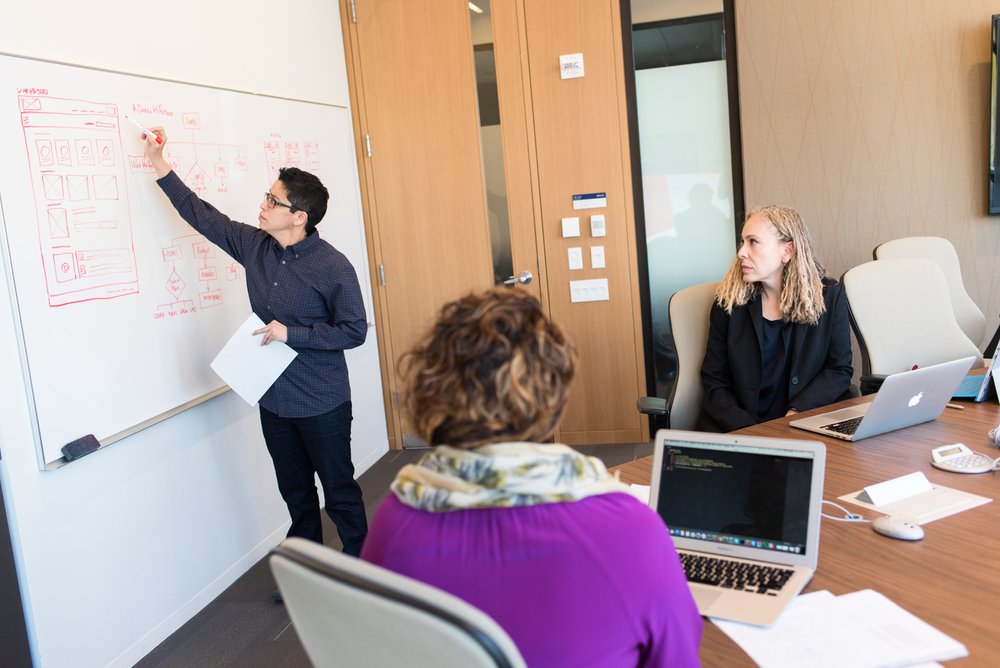 A More Inclusive Approach to Recruiting and Hiring
Hiring

Learn how Liatrio is revamping our hiring process with a focus on diversity and inclusion.

The Liatrio team is led by technology veterans with expertise in applying results-driven, lean software development principles and change management methodologies in order to transform the way our clients work.

At Liatrio, the interviewing and hiring process isn’t fast, and DevOps hiring success doesn’t come easily. Not every candidate fits the bill, and that’s how it should be.

Here, we’ll discuss the last three phases of that process and describe how we reach hiring decisions.